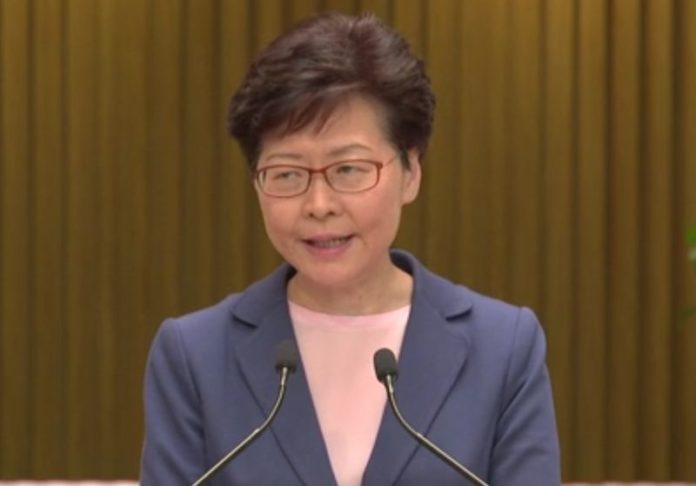 The extradition bill which critics fear if passed could let China target political opponents in Hong Kong, allowing suspected criminals to be sent to mainland China for trial.

According to the transcript of what Chief Executive Carrie Lam said on 09 Jul 2019 Tuesday, “So I reiterate here, there is no such plan. The bill is dead.”

“I have almost immediately put a stop to the amendment exercise, but there are still lingering doubts about the Government’s sincerity or worries whether the Government will restart the process in the Legislative Council.” Carrie Lam told the reporters.

The Chief Executive also mentioned that Independent Police Complaints Council (IPCC) has decided to conduct a fact-finding study on events that have taken place from 09 Jun 2019 to 02 Jul 2019, to provide the true situation to members of the public.

Carrie Lam said “They are appealing for members of the public, the policemen and the journalists to provide information to this fact-finding study.”

"We cannot find the word 'dead' in any of the laws in Hong Kong"#HongKongProtests organizers says it's not enough for leader Carrie Lam to say the controversial #ExtraditionBill is dead #香港 #反送中 pic.twitter.com/RHKZEHPl5p

After Carrie Lam’s announcement was made public, we later came across a video of Civil Human Rights Front’s Bonnie Leung on social media.

In the video we hear Bonnie Leung said “We heard from Carrie Lam this morning that the extradition bill, she still refuse to say the word ‘withdraw’.”.

US has begun to return Malaysia US$200 million funds recovered from...

Adult website sued by blind man for not being user friendly

Flights delayed at Changi Airport due to unauthorized drones flying