Desmond Amofah, better known as Etika, a popular Youtuber has been found dead after being missing for six days.

A backpack and phone, which was believed to belong to Etika was found on Manhattan Bridge in New York on Sunday.

We regret to inform that Desmond Amofah aka Etika has been found deceased. https://t.co/sedwZZxglw

According to the New York Police twitter account, Etika was last heard from last week Wednesday 19 Jun 2019 at about 8pm by phone.

Etika disappeared after he posted a video on YouTube titled “I’m sorry”, which was later taken down by YouTube.

In the video Etika was expressing suicidal thoughts. This prompted concern among his fans.

On Tuesday New York police said that Etika’s body was pulled from the East River.

“We regret to inform that Desmond Amofah aka Etika has been found deceased.” reported on the New York Police twitter page.

Authorities ruled Etika’s cause of death as suicide by drowning.

After news of Etika’s death broke out, tributes by fans and friends have began pouring out on social media platforms. 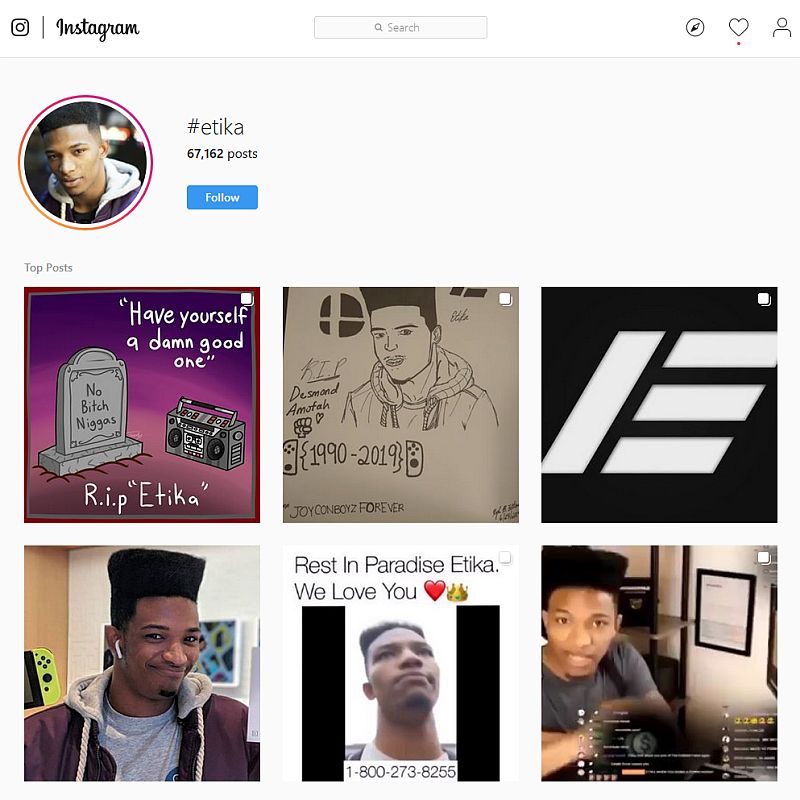 Sultan of Pahang named as 16th King of Malaysia

Body of Aloysius Pang Wei Chong arrived back in Singapore

Gerald Cotten ‘announced’ died aged 30 with over US$137 million frozen...

China blocked Wikipedia in all languages