Captain Marvel’s credit scene has been leaked onto the internet!

Look away if you want to keep your Captain Marvel and Avengers: Endgame movie to be spoiler free, because we will be revealing it here!

We try our best not to reveal too many details and names!

You have been warned!

Earlier today, the end credit scene for Captain Marvel was leaked and posted onto Reddit. The credit scene is close to a minute long in duration.

We see a bunch of Avengers in what appears to be the Avengers facility discussing what to do about their current situation.

One of the Avengers says “Hey so that thing just stopped doing whatever the hell it was doing.”

The next scene we see the Avengers gathering around what seems to be the pager device that Nick Fury used to contact Captain Marvel at the end of Avengers: Infinity War just before Nick Fury turned to dust.

One of the surviving Avenger talks about the signal that the pager was sending out. Another Avenger mentioned that they thought they had by-passed the battery, with another answering “We did its still plugged in, it just stopped.”.

“We don’t even know what this is.” one of the avengers referring to the pager.

Another replied “Fury Did”, “Tell me a second you get a signal, i want to know who is on the other end of that link.”

After that we get a glimpse of Captain Marvel standing in front of the Avengers asking the team” Where is Fury?” in a serious face!

We at Kupocity are hyped to watch both Captain Marvel and Avengers Endgame, we do hope everyone get the chance to watch it at the cinema! 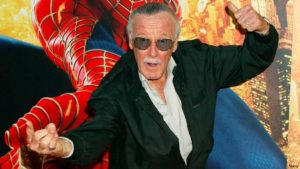 Stan Lee died last year on 12 Nov 2018 and we hope to see how Stan Lee will be remembered in Captain Marvel and Avengers: Endgame.

So in honor for Stan Lee, we will sign off this post with his famous catch phrase.

Bernie Sanders wants to run again for US President in 2020

Aliko Dangote once withdrew 10 million dollars just to look at...

China blocked Wikipedia in all languages